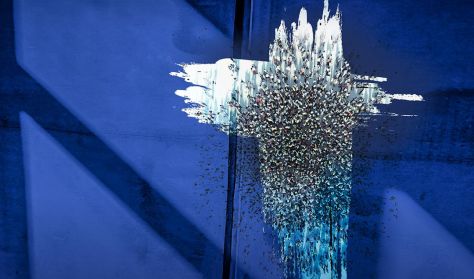 Staged oratorio in three parts, without intermission, in Hungarian, with Hungarian and English surtitles

22 Dec 2021 Wednesday, 8:00PM
Buy tickets
24 Dec 2021 Friday, 11:00AM
Buy tickets
26 Dec 2021 Sunday, 7:00PM
Buy tickets
28 Dec 2021 Tuesday, 11:00AM
Buy tickets
30 Dec 2021 Thursday, 11:00AM
Buy tickets
Proclaiming (notably with the popular “Hallelujah” chorus) the coming and resurrection of the Saviour, Messiah remains to this day one of the most popular of Handel’s works. A little under half a century after its 1742 world premiere in Dublin, it was performed for the first time in the revised and rescored German-language version Der Messias created by Wolfgang Amadeus Mozart. The “German Messiah” thus is the fruit of an extraordinary “collaboration” between two geniuses: the scintillating brilliance of Handel as interpreted by Mozart.
With Ferenc Anger directing, Mozart’s arrangement is sung in a new Hungarian translation by Ádám Nádasdy.